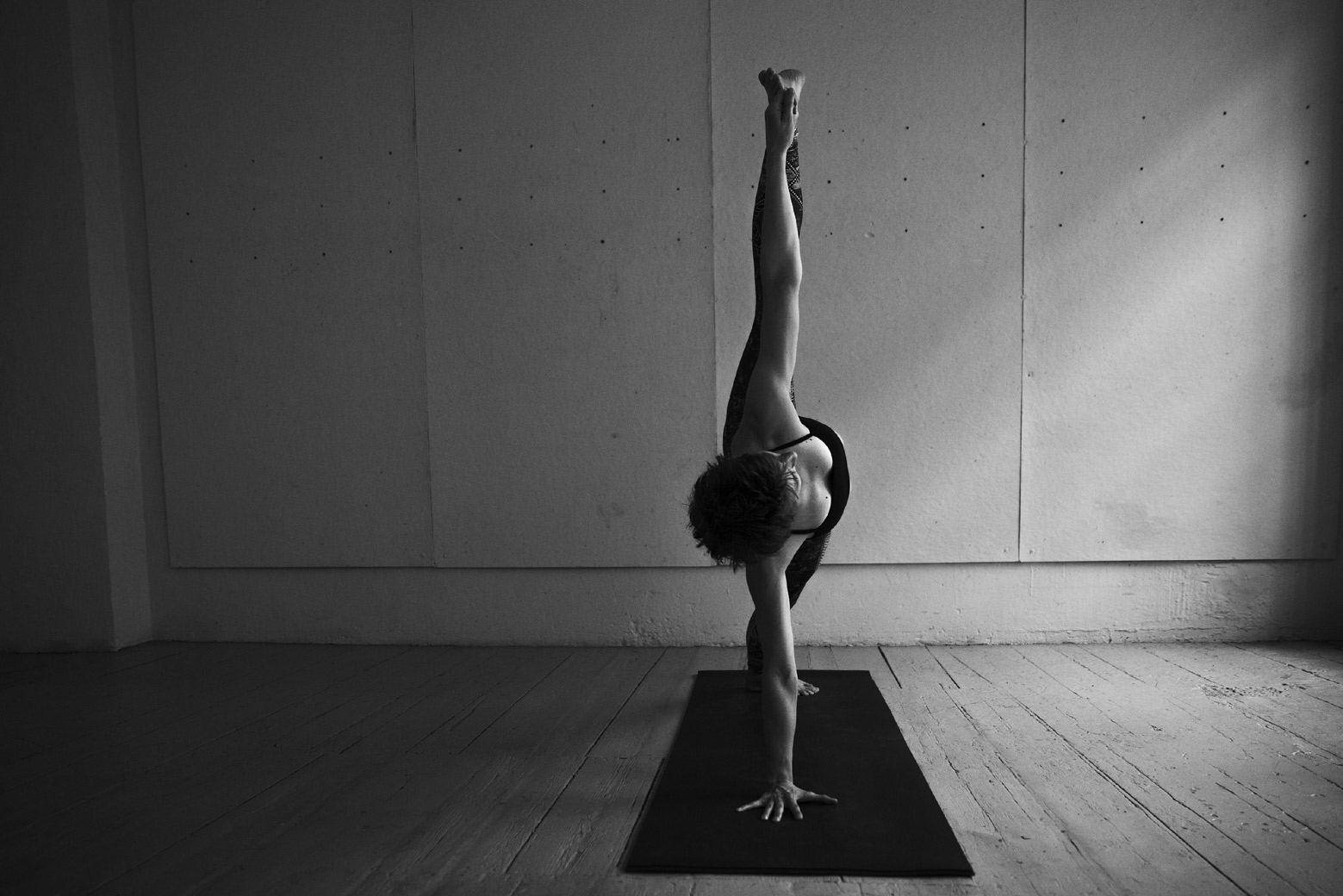 What is Ashtanga Yoga Mysore Style?

In a Mysore Style class, the student practices in his or her own rhythm and pace and according to his or her individual capacity. A beginners practice takes about 30 to 40 minutes. With time, stamina and focus increase and the practice gets longer. In a Mysore Style class, beginners and more advanced students practice together. If you‘ve never attended a Mysore class, this may sound impossible:

How do I know what to do? What if I do it wrong?

Be assured: You will know what to do; the teacher will guide you.

The teacher is actively participating in the Mysore scenario and supporting each student individually  –  be it in helping with the correct sequencing, be it with a hands-on adjustment to deepen the pose, be it with a verbal correction for better alignment or focus, be it by purposely leaving the student alone, absorbed in the practice and the flow of the breath. Each interaction between teacher and student, however subtle it might be, is a one-on-one situation. Thus, a Mysore Style class assures that each student gets the attention and guiding he or she individually needs.

Similar to a conductor, a good Mysore Style teacher holds the orchestra together while sequencing the Solos in an intelligent way.

In dancing it‘s called choreography, in Ashtanga we call it „Series“. The idea is the same. Each posture is intrinsically linked to the one that follows; one is preparation for the next and a bunch of intelligently interlinked postures taken together is called a Series. We all start with Primary Series and maybe or not we work our way through to the more Advanced ones.

Integral part of dancing is learning the choreography; same with the Ashtanga. Bit by bit the student is given new elements or poses by the teacher. And only when one thing is well integrated and digested by the student, he or she is ripe for the next piece of cake. Because the idea behind the Ashtanga system is not to eat the entire cake quickly, but to make each piece of cake a feast and to enjoy it along the way.

Ashtanga Yoga is meant to be a daily practice – another thing that might sound impossible if you‘ve never experienced it before. Daily practice means six days of practice a week and one day off (usually it‘s the Saturday). New and full moon are days of rest and women are recommended not to practice during the first three days of their cycle.

To establish an Ashtanga practice it is advisable to start with two or three times a week and to allow the practice to slowly integrate itself into your weekly routine. This will provide a solid foundation upon which those who are hungry and curious for more can build up incrementally.

There is no use in rushing or pushing things. So better don’t expect to change your life and personality within a couple of months. But there is a use in being disciplined and reliable. So consciously create your space and time slots for the practice — and then stick to it and do the practice.